👍Alpha Lipoic Acid is currently one of the most popular ingredients used in multivitamins and anti-aging supplements.

💟It has a rare broad spectrum of activity that sets it apart from many other substances1.

💟Lipoic acid plays an important role in the utilization of carbohydrates and the implementation of normal energy metabolism, improving the “energy status” of the cell. As you know, free radicals have a pronounced toxic effect on various tissues. The protective effect of lipoic acid at the cellular level has been noted in lipid peroxidation. Lipoic acid has pronounced antioxidant properties, in addition, it can interact with a complex of other antioxidants, maintaining both lipid and water antioxidant status at the physiological level

✅Alpha lipoic acid, being a powerful antioxidant, has a number of effects that help support metabolism, including in the liver3.

✅Alpha Lipoic Acid is an organosulfur compound with powerful antioxidant properties.
✅It is synthesized in the human body and enters it with certain foods. Since the substance promotes weight loss and neutralizes free radicals, it is used as a main component in the production of weight loss drugs and as an additional component in various vitamin supplements.

✅Alpha Lipoic Acid enhances the action of vitamins E and C, which helps to improve the immune system and skin condition. In terms of the spectrum of biochemical effects on the body, it is similar to vitamins B. Lipoic acid is involved in fat metabolism, stimulates cholesterol metabolism, and enhances the effect of L-carnitine. ✅Vitamin-like substance promotes weight loss by dulling hunger, increasing energy production, improving glucose absorption, increasing tissue sensitivity to insulin. It participates in the release of energy from glucose, which allows the body to more efficiently waste the beneficial components obtained from food, without storing them for a rainy day.

✅Alpha Lipoic Acid is rapidly absorbed by nerve, brain and heart cells. This allows it to be used not only as a sports nutrition, but also as a drug in the treatment of many diseases. These include: diabetic neuropathy; atherosclerosis; diabetes; liver disease; Alzheimer’s disease; multiple sclerosis; oncological pathologies; alcoholism; glaucoma; cataract; various poisoning; memory problems.

💟Alpha-lipoic acid can be taken for both treatment and prevention of these diseases. A healthy person can drink 75 mg of the active substance per day. Doctors prescribe individual dosages to patients, which can reach 600 mg. Intravenous administration of the drug is practiced. Attention! The supplement has no side effects, but diabetics will need to reduce their daily insulin dose to avoid complications. 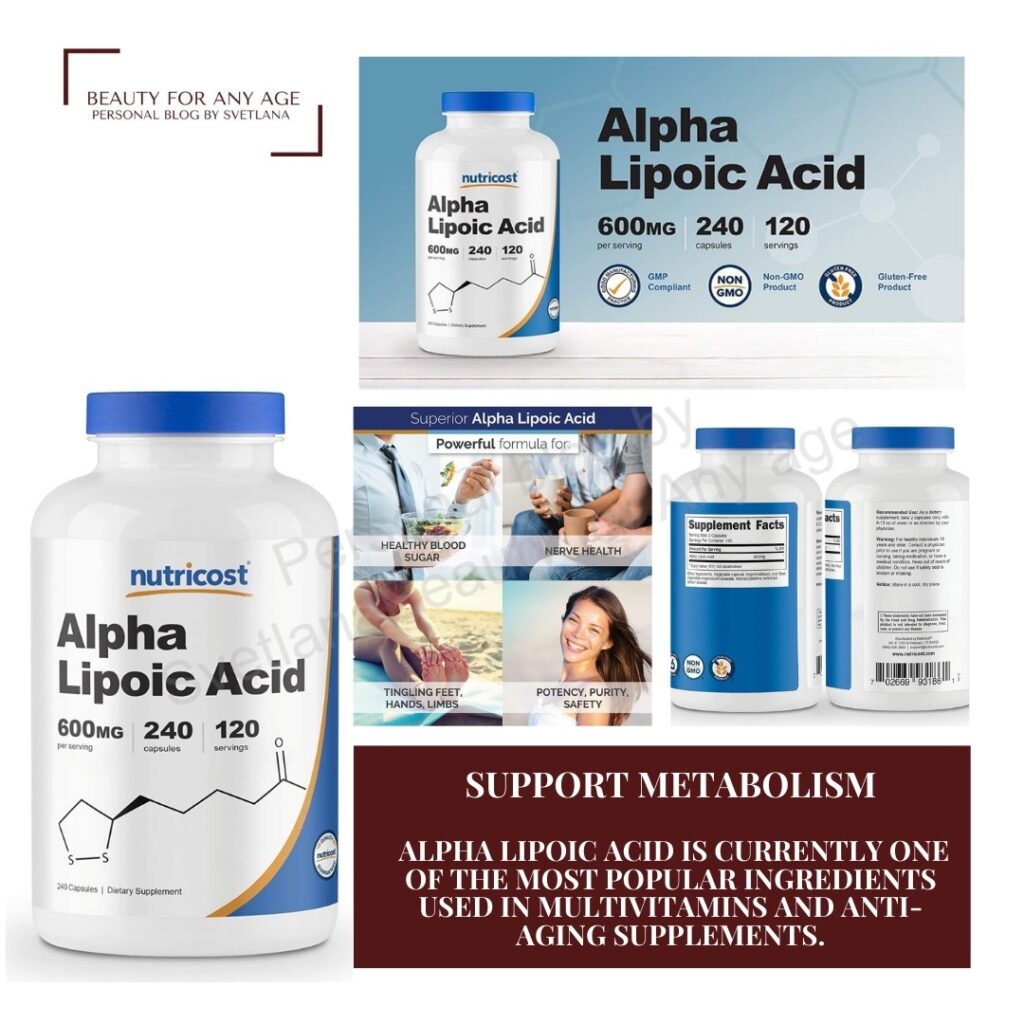